via gizmodo: The White House just named Ed Felten as its newest advisor in the Office of Science and Technology Policy. Felten is a professor at Princeton, but you might remember him from a 2006 video where he shows how to hack a voting machine and potentially steal an election.

I have an interview scheduled for Noon on Thursday, Aug 20th with Andy Hooser with the Wichita Station KQAM, 1480 AM. 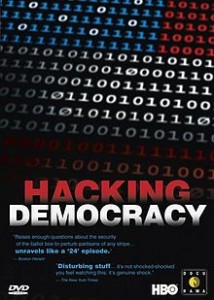